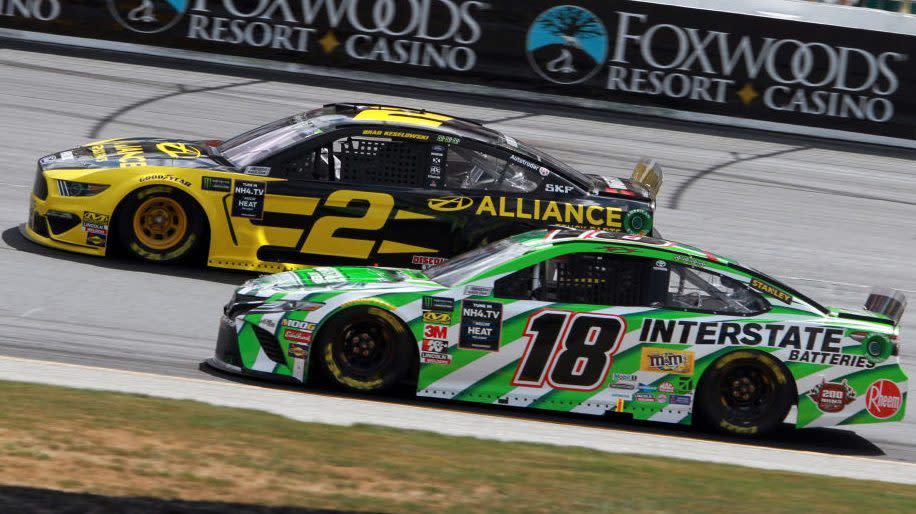 After a few days off, NASCAR is back with a Sunday Cup race at New Hampshire Motor Speedway (3 p.m. ET on NBCSN and the NBC Sports App).

This is the first Cup race since July 23 at Kansas Speedway, a race won by Denny Hamlin. The Sunday Cup race at New Hampshire marks the first of seven series races in the month of August. Those are the final races before the playoffs begin next month.

The series returns to the 1-mile track after a dramatic battle for the win between Kevin Harvick and Hamlin in last year’s race. Harvick prevailed for his second consecutive win at this track.

Aric Almirola will start from the pole and have Hamlin next to him on the front row. Harvick starts seventh.

Here’s all the info for the Sunday Cup race at New Hampshire:

(All times are Eastern)

START: Jason Guyot, interim CEO & SVP of Resort Operations at Foxwoods Resort Casino, will give the command to start engines at 3:08 p.m. The green flag is scheduled to wave at 3:18 p.m.

PRERACE: Garage access health screening begins at 8 a.m. Drivers report to their cars at 2:50 p.m. Moment of silence at 3 p.m., followed by the invocation by Alec Kindred. The Canadian anthem and national anthem will be performed by Todd Angilly, official anthem singer of the Boston Bruins, beginning at 3:01 p.m.

PACE LAP: At the direction of race control, NASCAR will run the entire field down pit road during one of the pace laps for pit road speed verification. If you stop anywhere on pit road for any reason you will start at the rear of the field.

TV/RADIO: NBCSN will televise the race. Coverage begins at 2 p.m. with NASCAR America, followed by Countdown to Green at 2:30 p.m. and the race broadcast. Performance Racing Network’s radio coverage will begin at 2 p.m. and also can be heard at goprn.com. SiriusXM NASCAR Radio will carry the broadcast.

STREAMING: Watch the race on the NBC Sports App. Click here for the link.

FORECAST: The wunderground.com forecast calls for partly cloudy skies with a high of 85 degrees and a 7% chance of rain at the start of the race.

Catch up on NBC Sports’ coverage:

Friday 5: Focus is on drivers, teams to be vigilant against COVID-19