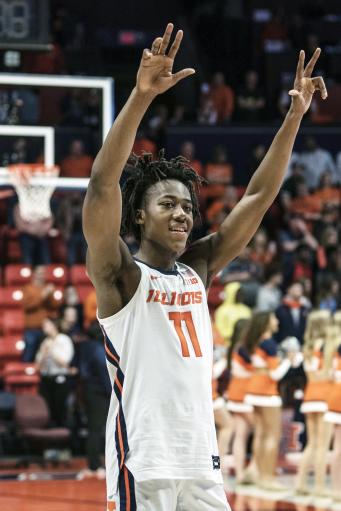 The first-team, all-Big Ten guard said in a video posted Friday on Twitter playing in the NBA is his dream. ”But first, I need that national championship. Year three,” he added.

Dosunmu declared for the draft in April. He averaged 16.6 points – fifth in the conference – and shot 48.4 percent.

The Illini went 21-10 overall and 13-7 in Big Ten play in coach Brad Underwood’s third season, and were in line for their first NCAA Tournament appearance since 2013 when the season ended because of the COVID-19 pandemic.