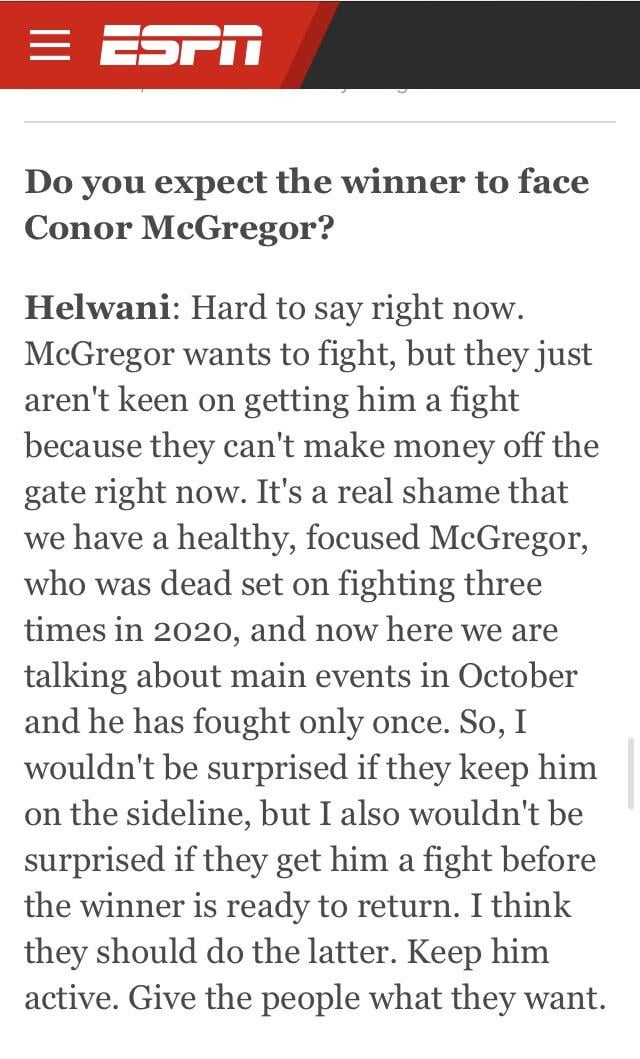 We knew in May that live gates wouldn’t be a thing for a long time. They still won’t be a thing in America for a long time at least. Why didn’t the UFC just book Conor for a less important fight now, and then book a bigger fight (Masvidal, Khabib, Usman etc.) later, when a full gate is possible?

And didn’t Conor say that the reason he retired wasn’t money, but that the UFC aren’t offering him fights he’s interested in? Specifically that they want him to move weight classes? I think he wanted either Khabib or Gaethje, and the UFC told him no (because Khabib and Gaethje don’t want it, and also because there’s no gate, so they don’t want to waste a really big fight on a card with no gate). I really doubt the UFC wouldn’t happily offer him a relatively smaller fight e.g. Poirier, Max, even Volk.